Dr Graham Smith, Senior Lecturer in Regulation, outlines the Undercover Policing Enquiry in advance of a seminar on the 14th April 2016, for which places are available here. 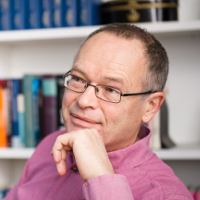 Policing is a tricky business. In the last twenty years or so the idea of democratic policing, which locates public police services at the heart of the rule of law and human rights protection, has taken hold globally. In contrast to regime policing, where police forces maintain unpopular state power, standards and principles of democratic policing position the police as professional services with responsibility for public safety. Triggered by the end of South American military juntas, South African apartheid and the Soviet Bloc, an international reform trend has pursued a winding path. The international community, including institutions of the United Nations and Council of Europe, national governments, criminal justice agencies and representatives of civil society have locked horns and grappled with problems of police organisation, power and accountability. Political questions on triangular relations between state, police and public are at the heart of policing dilemmas, and under the rule of law the police are subservient to law makers and have a duty to both enforce and adhere to law. Rather than the antithesis of regime policing, democratic policing represents a reconfiguration of the relations between state, police and public, and highly contested issues of law and practice dominate policing landscapes.

The international trend is clearly manifest in England and Wales. Dating back to the late 1990s legislation has sought to transform policing in the fields of public safety partnerships, human rights, equality and diversity, ethics, oversight and democratic accountability. Results have been mixed. The police have been criticised for their failure to develop as a representative and multicultural institution and an inability to combat corruption and misconduct, and research shows that a resilient occupational culture has been able to resist top down reforms. Nevertheless, we have travelled a long way since the Metropolitan Police did a volte face and apologised to Neville and Doreen Lawrence for having let them down after maintaining for so long that there had been nothing untoward with the investigation into their son Stephen’s murder. 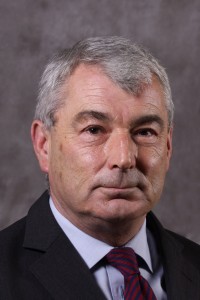 This is the backdrop to the Undercover Policing Inquiry (UPI), chaired by Lord Justice Pitchford, which is due to commence evidential hearings this summer. Announced by Home Secretary Theresa May in March 2014 the UPI comes at a time when policing is at a crossroads, and has the potential to be a defining moment in police reform of the same magnitude as the Stephen Lawrence Inquiry and Macpherson’s finding that the police are institutionally racist.

Details of the police spying scandal first emerged in 2011 when Rob Evans and Paul Lewis reported in The Guardian that Mark Kennedy, under the alias Mark Stone, had infiltrated environmental protest groups. In response to the story the Met set up Operation Soisson, later renamed Operation Herne. That same year eight women, who formed Police Spies Out of Lives after having been duped into having sexual relationships with undercover police officers, commenced civil actions against the Commissioner for the Metropolitan Police Service claiming violation of their human rights. Evans and Lewis were writing a book – 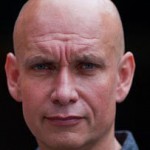 Undercover was published in 2013 – based on the experiences of the women and interviews with whistleblower Peter Francis, a former member of the Metropolitan Police’s Special Demonstration Squad (SDS). Francis told that when undercover he had been asked to gather information that could be used to smear the Lawrence family. The Home Secretary asked Mark Ellison QC, who was conducting an independent review of corruption allegations related to the Stephen Lawrence murder investigation, to also examine Francis’s claim. After Ellison reported that he was unable to reject Francis’s claims and expressed concern with SDS activities more generally, the Home Secretary announced her intention to establish the judicial inquiry. 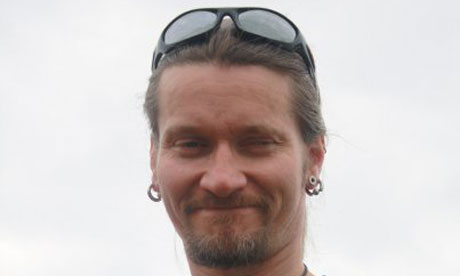 One community organisation targeted by the SDS was the Hackney Community Defence Association (HCDA). Set up in 1988, the victims of police crime self-help group investigated complaints against officers in the locality and supported its members in the courts. Active for more than six years, the Association turned to the civil courts to address police misconduct and ran an effective media campaign. In 1992 HCDA joined with the Hackney Trade Union Support Unit to set up the Colin Roach Centre (CRC), an independent community centre named after a young black man who had been shot dead in Stoke Newington police station. The Association came to prominence when it conducted an investigation into allegations that Stoke Newington drug squad officers were running the local crack-cocaine trade. HCDA’s card index file of more than 100 officers involved in the scandal was used as the basis for a database, maintained by Defendants’ Information Services, that was registered with the Data Protection Registrar despite opposition from the police (see David Rose writing in The Observer, 27 August 1995). A break in at the CRC in December 1994 was suspected to have been the work of police officers searching for the database, which was kept elsewhere, and a few months later SDS undercover officer Mark Jenner joined the CRC using the alias Mark Cassidy. The reason it is known that Jenner was an undercover officer is because his partner ‘Alison’, who has powerfully described her experiences, determinedly set out to establish who he was after he suddenly walked away from their five year relationship and disappeared. 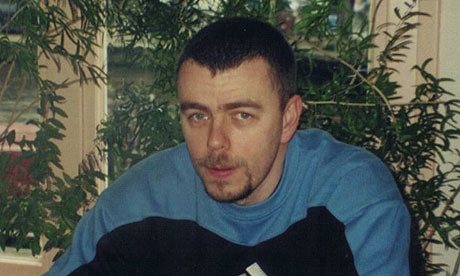 Alison, represented by solicitor Harriet Wistrich, was one of the eight women who claimed damages against the Met. Defending the actions, the Met adhered to a ‘neither confirm nor deny’ (NCND) stance to the identification of undercover officers on grounds of operational policy and in the interest of officer safety. The Met eventually retreated from this position and unreservedly apologised to seven women when settling their claims. For Alison and the other women there remain unanswered questions about the intrusion of the police in their private lives, and as designated core participants in the UPI they are entitled to legal representation. Many others have also been granted core participant status, including Graham Smith, secretary of the HCDA, and convenor of the CRC, Mark Metcalf. Malcolm Kennedy (deceased), who maintained he was innocent of the manslaughter of Patrick Quinn in Hammersmith police station, was also prey to Jenner’s infiltration of HCDA/CRC. Kennedy complained that his attempts to complain about unlawful surveillance, in the form of interference with phone and email communications, were frustrated by the Investigatory Powers Tribunal’s NCND policy. Ruling that Kennedy’s rights to privacy, a fair trial and an effective remedy had not been violated, the European Court of Human Rights referred to the importance of the policy to the fight against terrorism and serious crime when finding the restrictions imposed on Kennedy’s rights in proceedings before the Tribunal were both necessary and proportionate. 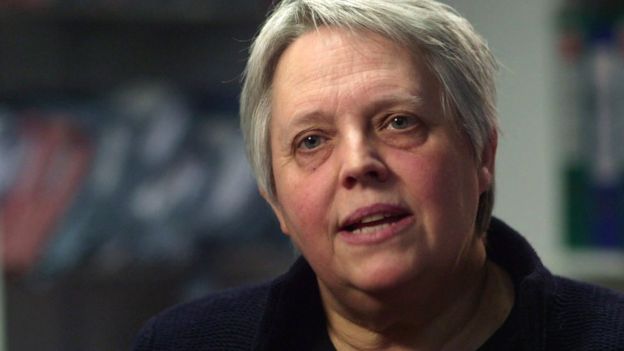 Extensively relying on NCND the Met have applied to restrict the openness of the UPI, which if successful is likely to mean that much of the Inquiry will be heard in secret. Hearing submissions on the application on 22 and 23 March 2016, Pitchford pronounced on the dilemma facing the Inquiry and the ruling he has to make in the following terms: 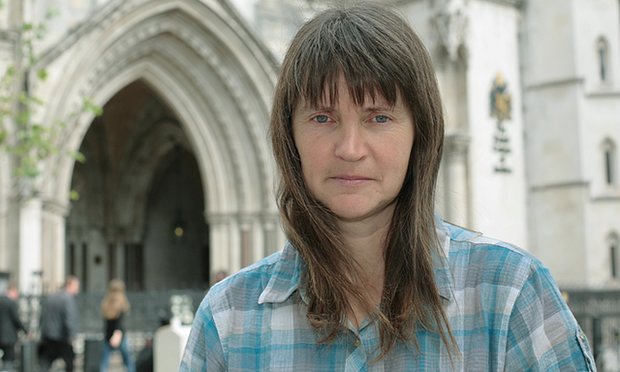 On the second day of the hearing, renowned community activist and core participant Helen Steel argued that in the context of the undercover policing scandal the Met have used NCND to conceal officer misconduct and thwart attempts to hold the police to account, and not for the purpose of law enforcement.

Pitchford’s express and immediate responsibility may be to do a cost benefit analysis. In a broader policy context, his ruling on legal principles relating to NCND, restrictions to the disclosure of material and the openness of Inquiry proceedings, will be pivotal to the contribution the UPI is likely to make to police reform. The status of the 43 police services of England and Wales as autonomous law enforcement institutions is at issue. In the latter half of the twentieth century, under the doctrine of constabulary independence, chief police officers enjoyed operational autonomy and the Home Secretary was unable to instruct the police on how to enforce the law. In the last two decades successive home secretaries steadily chipped away at monolithic police power before Home Secretary Theresa May moved to democratise policing under the Police Reform and Social Responsibility Act 2011. Introduction of Police and Crime Commissioners (for the Met, the Mayoral Office for Policing and Crime) significantly undermined  operational independence in practice, although the doctrine survives in principle. Concerned at damage to public trust and confidence in the police arising from failure to tackle corruption and misconduct, the Home Secretary’s appointment of the UPI granted Pitchford democratic authority to publicly examine undercover policing and make recommendations as to future practice. The burden, therefore, falls on him to determine the extent to which police practices, some of which the Met have acknowledged to be ‘abusive, deceitful, manipulative and wrong’, will be subjected to public scrutiny. Any recommendations that follow, whether in regard to the liability of individual officers for their actions or the organisation, powers and accountability of the police, will be largely determined by the rigour of the investigative stage of the Inquiry over which he presides. 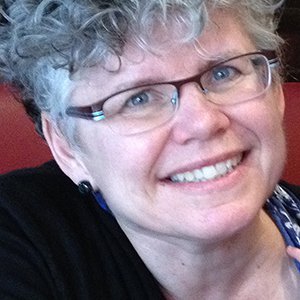