Assisted Dying and the role of the doctor: ‘Killing not caring’?

Dr Alexandra Mullock reviews the issues raised by the Falconer Bill on assisted dying and reflects on the role of conscientious objection.

Since Lord Falconer’s Assisted Dying Bill was introduced in the House of Lords in 2013, the debate about whether the law should accommodate some form of legal assisted dying has often focused on the potential involvement of doctors and how the traditional tenet of ‘caring not killing’ might be turned on its head. The Falconer Bill advocated legal physician-assisted suicide (PAS) for competent adults suffering from a terminal illness expected to prove fatal within six months. In 2014 I wrote an article for the Journal of Medical Ethics assessing the role of doctors and how they might be required to become involved in PAS if the Bill is passed. Since then it has become clear that as time has now elapsed in this Parliamentary session there is no immediate need for doctors to become acquainted with fatal drug prescriptions, yet this issue is certain to resurface in the next Parliament. It is therefore interesting to consider how doctors will respond to the on-going pressure for legal change and any eventual legal obligation to provide PAS. 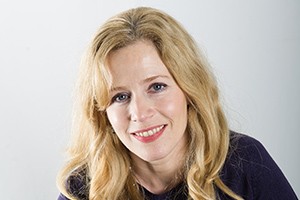 The reasons for continued professional opposition to legal change are numerous and compelling. Will patients come to fear that doctors would sooner kill them than continue to provide care? Will such fears be well founded when doctors realise they have a solution for ‘bed-blockers’? Will the motivation to develop better palliative care be lost because PAS is easier and cheaper? And will vulnerable people (especially the elderly, disabled and/or depressed) seek PAS out of fear of being a burden rather than because they really want to die? The evidence from jurisdictions where PAS is legal suggests that these fears would not be realised, however, there are significant dangers, particularly for those who might lack capacity or who might be suffering from depression, and are thus vulnerable to legal PAS. Any law would need to be very carefully constructed and it is clear from the debates in the House of Lords that the original provisions of Lord Falconer’s Bill would almost certainly prove inadequate. These inadequacies have been addressed by the many amendments agreed in the House of Lords and so we should expect these safeguards to be rolled into the next incarnation of the Bill.

Whatever system might be devised to allow access to PAS, the cooperation of doctors will be important. On some other issues provoking moral conflict, doctors have a limited legal right to refuse to provide the treatment so long as the patient is not placed in danger. The classical example is abortion. In a recent case concerning this very issue (Greater Glasgow HB v Doogan 2014), the Supreme Court confirmed that the right to object to abortion services is limited not only by considerations of immediate patient safety, but also by the need to provide a reasonable service for women in need of such treatment. In addition, objecting to peripheral and indirect services, such as delegating duties as part of one’s job as a healthcare line manager or arranging for treatment provision relating to abortion, is not defensible. Would a similar approach be adopted in relation to PAS?

In addition to abortion, conscientious objection may also be particularly relevant in relation to fertility services, contraceptive services and withdrawing life-sustaining treatment. The latter was considered in the case of Ms B in 2002, in which a severely disabled woman with capacity demanded that ventilation be withdrawn in order to allow her to die. This issue does raise comparable concerns to those raised by PAS because in both situations refusal to do what is requested leads to survival in circumstances that are unacceptable to the patient. Ms B’s healthcare professionals refused to do as requested because they were ethically opposed to becoming involved in her death. Their refusal to take part was regarded as legitimate because it was possible for Ms B’s wishes to be carried out by others who were willing to respect her wishes (and her bodily integrity).  We may speculate that legal PAS would invite a similar approach, upholding a limited right to conscientiously object provided the patient’s needs could be met elsewhere. As Richard Huxtable and I argue in a forthcoming article in the Medical Law Review, such an approach would offer a compromise for doctors on the issue of assisted dying. Legalisation would not necessitate involvement for those opposed, while for those few individuals experiencing genuinely intractable suffering, the law – with the help of willing doctors – could provide an escape route.

In the Nicklinson appeals in 2014 Lady Hale argued that it is unacceptably cruel to force certain adults (who want to die in order to escape terrible suffering) to live on for the sake of other, unknown persons who might be at risk.  She remarked, “it would not be beyond the wit of a legal system to devise a process for identifying those… few people who should be allowed help to end their own lives.” If Parliament ultimately agrees with Lady Hale, doctors must confront this issue but if they do have conscientious concerns that prevent their willing participation in PAS, they should not be compelled to provide PAS.