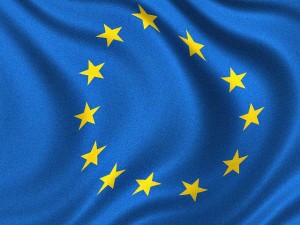 Taking a child into the public care of a Local Authority is one of the most severe forms of state interference in family life, but may be necessary where the child is at risk of harm from a family member. Once care proceedings are instituted in England and Wales, the court has to decide whether the child has suffered, or is likely to suffer, significant harm attributable to the care given to that child under s.31(2), Children Act 1989. If that threshold is breached, the court can take action to protect the child in the long term by, for example, making a supervision order, a care order or ordering the adoption of the child into another family.

These child protection processes are made much more complicated when the child at risk is a national of another country. In a number of recent cases, an English Local Authority has deemed a child living in England at risk and instituted care proceedings, but the child is a national of another EU Member State. For example, in Bristol CC v HA the child, H, was a boy aged seven, born in Lithuania and of Lithuanian nationality. His mother was also of Lithuanian nationality and she had brought H to England in March 2013 under circumstances described as unclear, but there was a suggestion that the mother had been trafficked into the country. H was enrolled at school in England, and the school referred H to social services because of the mother’s chaotic lifestyle and concerns over her use of alcohol. After H failed to attend school one day, his mother was found in a state of extreme intoxication, and H was subsequently placed under police protection. The Local Authority issued care proceedings in the English court alleging that the mother’s abuse of alcohol had resulted in the neglect of H. H had been living in England for more than a year and in school but he was in temporary foster care, did not speak good English, and his extended family remained in Lithuania.

The second concern is that English social services may find it difficult to assess the potential for the child’s wider family, grandparents for example, to care for H because they are abroad. English Local Authorities and social workers have been given specific guidance on how to manage care cases involving foreign national children. Social workers have to be aware of the family links children may have to close family members in other countries. Obtaining information about the family from abroad requires cooperation between the Local Authority and the Central Authority that exists in each Member State to help in international family law cases. Central Authorities relay information between countries regarding the welfare of children and are very important to managing the placement or transfer of children abroad.

Thirdly, if the English court does assume jurisdiction and decides that a child is at risk of serious harm, there is the question of what outcome is best for a foreign national child. This is important because English family law is different to the law of other EU Member States particularly in permitting, in exceptional circumstances, adoption of the child without requiring the permission of the birth parents. This has caused debate where a child from another EU Member State may be adopted in England following English child protection proceedings, provoking international controversy and a petition to the European Parliament. Claire Fenton-Glynn’s study for the European Parliament on ‘Adoption without Consent’ has made it clear that adoption without parental consent is exceptional, but in international proceedings the initial jurisdictional decisions under Brussels IIa over children at risk are very important to the eventual outcome for foreign national children. Brussels IIa is currently being reviewed and revised and hopefully cross-border child protection will form part of the considerations in this process. The provisions of Brussels IIa could be better designed to accommodate public care proceedings and ensure the smooth cooperation of courts in different countries over the welfare of children at risk.

To further explore the practical issues of cooperation in cross-national care proceedings and the law on adoption, Dr Claire Fenton-Glynn and Dr Ruth Lamont have organised a workshop on 2nd November 2015 taking place at Somerset House, Kings College London. The University of Manchester, The University of Cambridge and Kings College London have collaborated to provide an opportunity for debate between academics, judges, practitioners and charitable organisations on the practical and legal issues involved in these cases. To book a place, please email: ruth.lamont@manchester.ac.uk.