Decision distortion: Misconceptions over the regulation of hydraulic fracturing

Gary Lynch-Wood and John Pearson consider the dangers of misconceptions in discussions surrounding the regulation of hydraulic fracturing.

The recent decision of the Lancashire County Council Minerals and Waste Planning Authority to reject two applications relating to exploratory drilling on the Fylde coast has been met with varied reports as to its implications for the industry as a whole. Some have considered it as representing a death knell for the industry, which was already threatened with considerable constraints by suggestions that 40% of the areas where shale gas extraction might be viable would be off limits to extractors. Both of these suggestions, however, are as yet unsubstantiated. Firstly, the 40% of shale areas seen as ‘off limits’ pertain to amendments proposed by Labour MPs to rule out hydraulic fracturing (also known as ‘fracking’) beneath national parks and areas of outstanding natural beauty (AONBs). This has since been rejected as wholesale prohibition by the Energy and Climate Change Minister, Amber Rudd, who suggested that this guarantee was not practical without the imposition of excessive constraints on extractors. 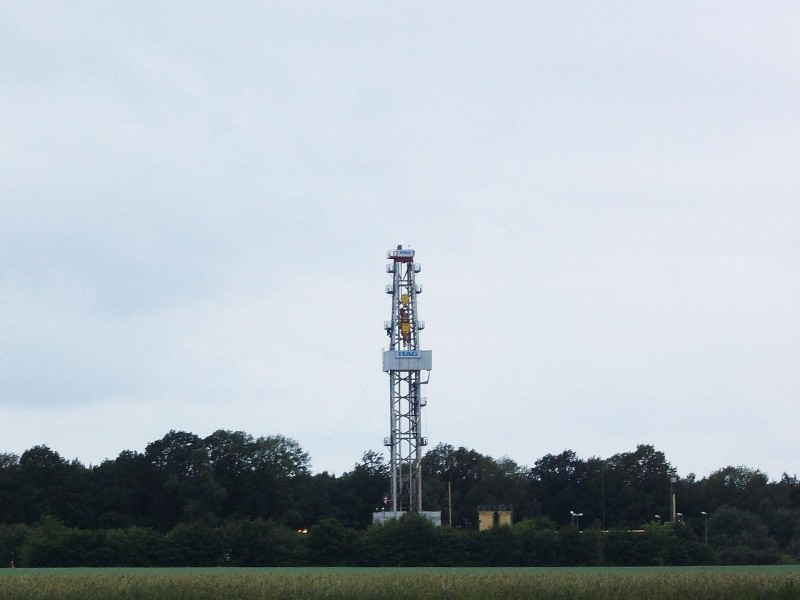 The suggestion that the suspension of planning prohibits any future projects, is equally misguided as an appeal is suggested as highly likely by the legal adviser to the committee which opted to reject the applications. Much of the opposition to ‘fracking’ arises over concerns relating to the contamination of watercourses and increased seismic activity (termed induced seismicity). Yet there are also concerns over levels of noise and traffic caused by extraction projects close to residential areas. The rejection of the applications in Lancashire which received considerable media attention was based upon these latter concerns rather than those relating to water contamination and induced seismicity.Whilst some campaign groups have suggested this rejection was not as positive as it might appear initially, given that the extractor in question is likely to appeal, this is still regarded as a significant turning point in the development of any unconventional hydrocarbon industry in the United Kingdom.

This is important, for the basis of the rejection and concerns regarding the processes involved are a crucial factor. In particular, the adverse impact suggested as potentially necessitating the prohibition of an activity must be assessed firstly in terms of its severity and whether it is reasonable to take the risk of said impact at all. Following this it must be decided whether that impact, if certain, can be justified in light of the benefit of any project being considered. This, in essence, is a balancing act, an act which the Lancashire County Council Development Control Committee opted to balance in favour of concerns over the processes involved. In spite of this balancing act, certain types of impact are regarded more highly, specifically those causing direct harm to human health. It is unlikely that the imposition of increased traffic and noise to nearby residents will be regarded as having such a significant impact upon individuals as to undermine the perceived benefits of extracting shale gas. The decision of the European Court of Human Rights in Hatton v UK would support this. Here, the noise of night flights into and out of Heathrow Airport was regarded as a justifiable impact upon Hatton in light of the considerable benefits to the broader community and country they provided.  Whilst the level of noise and traffic involved is clearly a factor determining the outcome in such cases, these can be mitigated with relative ease by firms. Indeed scientific evidence submitted to the Development Control Committee in Lancashire suggested that this had been done. 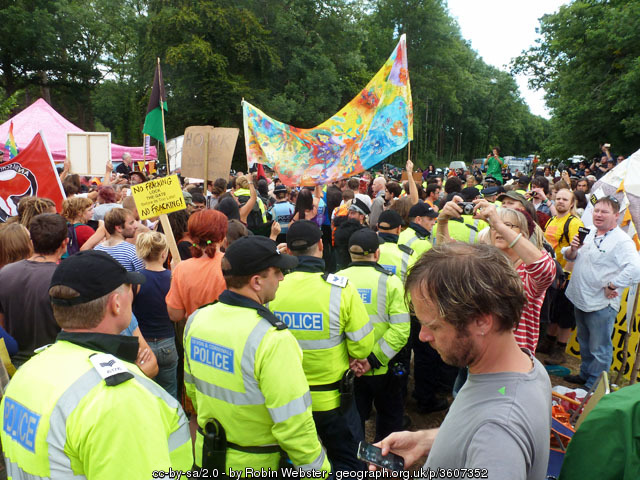 What we to highlight is the misunderstanding, and to some extent the misrepresentation, of the reasoning behind the rejection of the projects in question. The extractor has been able to reduce noise and traffic to levels that are acceptable to the planning authority’s advisors, and no other block to their approval was proposed. Indeed, the gravest concerns regarding water contamination and induced seismicity are considered as risks which, if monitored according to given standards, are acceptable. Whilst the defeat of any hydraulic fracturing project is key to environmentalists, this misunderstanding of, or at least failure to highlight, the reasoning for an applauded decision is remiss and potentially misleading.

For an informed debate over the concerns regarding hydraulic fracturing, and particularly those wishing to take this further and challenge legally any attempt to appeal this decisions and undertake the practice, then a proper understanding of the reasoning that underpins rejected applications is crucial. It is thus crucial to understand that the contamination and induced seismicity concerns do not form part of this perceived victory. This is important as the regulation of ‘fracking’ is itself somewhat fractured and ultimately the final decision to approve a project or not (at the time of writing) lies with local planning authorities. As such they are subject to expressions of concerns highly specific to small geographical areas. Despite this, any suggestion that hydraulic fracturing as a process was inherently harmful in terms of water contamination and induced seismicity would have considerable ramifications for the industry; at least within that particular authority, although potentially beyond this. Where noise and traffic are the primary concerns, however, that is relative to a single application in particular.

Whilst this simplifies the manner in which the contamination and seismicity concerns are regarded, the fact remains that noise and traffic are seen as less serious in such processes and are inherently within the control of the industry itself. To simplify, firms may be able to address noise and traffic far more easily and at a lower cost than they are able to address contamination and seismicity issues. Indeed the request for a delay on the part of extractors prior to the rejection and scientific evidence suggest that they are both willing and able to do just that. Industry therefore addressed the concerns which they knew had been raised and upon which they could act before resubmitting data to those adjudicating their application. In spite of this, and legal advice suggesting approval was the only reasonable outcome, the applications were rejected.

Failure to accurately report, or the intentional misrepresentation of statements or facts, further compounds the ‘public disenchantment’ with shale gas developments highlighted by the Task Force on Shale Gas in their report Planning, Regulation and Local Engagement. Like the decisions made at a local level, some chose to misinterpret the findings of the report, stating that the report said, 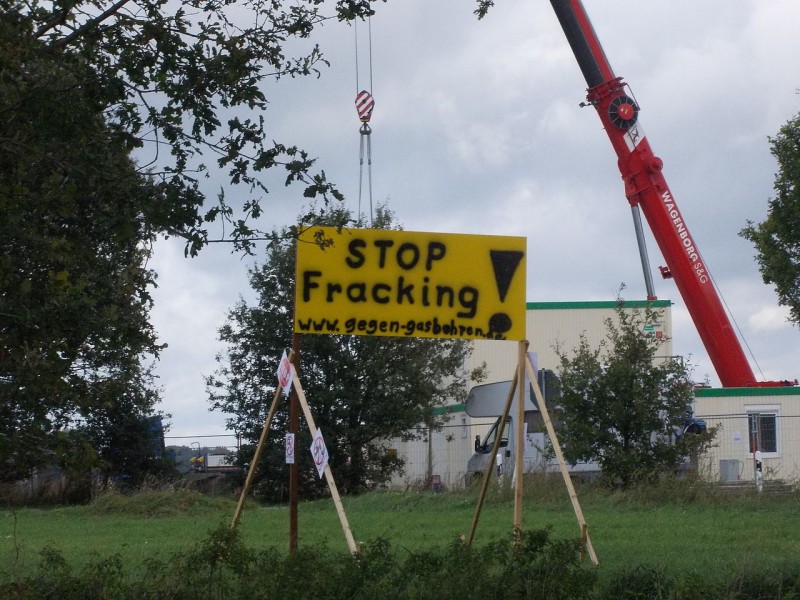 The quote was accurate, but represents something of a half-truth. The report itself reads, ‘The existing system, whilst complex and relatively unapproachable, nonetheless works.’ This seemingly small omission clearly alters the conclusions that can be drawn. There is a difference between an effective, albeit cumbersome, system of regulation and one which is simply not fit for purpose. The statement reported by many media outlets suggests the latter, when in fact the report concludes the former. Indeed, the report also succinctly highlights the very issue at the heart of this piece and yet this point was not reported.

Lord Smith and his Task Force are careful to highlight the difference between concerns inherent to hydraulic fracturing generally and those regarding poor regulation. This distinction is central to a balanced debate on the shale gas industry in the United Kingdom. Few industrial processes on which current living standards rely are without risk whether environmental in nature or otherwise, and few of these risks can be guaranteed never to come to fruition. Even renewable energy sources are not without controversial environmental impacts. The discourse on the future regulation of this industry ought to be focused upon the ability to regulate that risk, and as such making the distinction between ascertainable and unascertainable risks, and thus those which can and cannot be regulated. The necessary process of debate and engagement with all stakeholders is however not aided, and arguably even inhibited by distortion of the regulatory process or the information on which it relies.

John Pearson is a Lecturer in Human Rights and the Environment. Gary Lynch-Wood is a Senior Lecturer in Regulation and Corporate Responsibility. They are researching collaboratively on the regulation of hydraulic fracturing in the UK and internationally.

*Both Gary and John will be commenting on other aspects of the regulation of fracking in future blogs, so watch this space.*