First organ donations in the UK from newborns

The story of Teddy Houlston’s short life prompted an exchange of emails among students and staff in the Centre Margot Brazier (Professor of Medical Law), Lindsey Hogg (LLB student) and Sacha Waxman (PhD student) discussed the news that two babies of a few hours and six days old respectively have become organ donors after their tragically early deaths. They were the first newborn babies to be organ donors in the UK. What do such developments mean for organ donation in the UK and are there other matters of concern that we should consider as we celebrate the gift of life from Teddy Houlston and an unnamed baby girl. 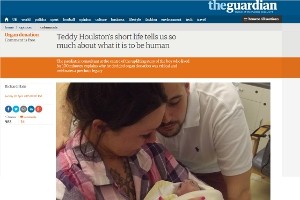 Teddy Houlston was born on April 22 2014 and died just 100 minutes later.  His kidneys were transplanted into an adult with renal failure. Teddy was born with anencephaly; that is his brain never developed and never would. Anencephaly is incompatible with life although in the USA some newborns with anencephaly have been kept ‘alive’ on ventilators for months. Despite his brain abnormality, Teddy’s other organs functioned fully within his mother’s womb. Teddy’s parents learned of his condition 12 weeks into his mother’s pregnancy. She was carrying twins and on discovering Teddy’s condition, doctors offered to abort the fetus who became Teddy by way of a process known as selective reduction. His mother refused to contemplate abortion and the couple decided to carry the child to term so that they could donate his organs. His mother said that she had always felt strongly about organ donation. The couple spoke of their joy in the short time they had with their son and their pride in the gift he had made to others. They described him as a ‘hero’.

In January 2015, the Daily Telegraph reported that a baby girl born at the Hammersmith Hospital in London who had been starved of oxygen in pregnancy had also been a kidney donor for an adult.

Media reports focused both on the human stories of two families who were able to offer others the chance of life from their own tragedy and the hopes that doctors have that this development might help bridge the lethal gap between the numbers of people needing an organ transplant and the supply of organs.

Sacha: It shocks me to see it reported that more than ten thousand people in the UK currently need an organ transplant and about one thousand people die every year whilst they patiently wait for an organ. Whilst apparently 90% of people believe in donating an organ, only 30% of people are signed up on the organ donor register.  Will infant donation really make a huge difference or will this poignant tale be more of a spur to encourage all of us to become organ donors?  It is unfortunate that sad cases, such as Teddy’s, have to be used to increase social awareness, encourage organ donation and raise questions about existing public policy.

Lindsey: In the modern age of social media and technology it is far easier to spread a message.  But there is also the disadvantage that with copious amounts of information around it can be difficult for something to stand out.  I only found out about this story because I specifically looked in the “Health” section on the BBC News website.  There is a forum out there for stories such as these to be shared with the public at large.  But unfortunately, only case such as Teddy’s might give organ donation the exposure it needs. 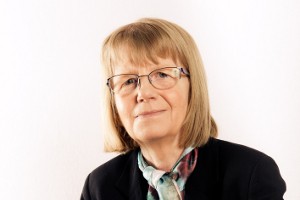 Margot: The figures in the media were a little exaggerated in that last year there were only 7026 on the active transplant list and 456 deaths but that is still far too many people dying or in rotten health waiting for an organ. Donation by babies less than two months old has not happened before in the UK because at present the tests that doctors use to establish brain death cannot be used for newborns though this is set to change. Interestingly in both these case death was simply diagnosed by the baby’s heart stopping beating, and it was possible to get the kidneys to the recipient swiftly enough to keep them viable.

Lindsey: Defining death has proven to be difficult whether for an adult or a child.  The Human Tissue Act states that the Human Tissue Authority should develop a Code of Practice on the definition of death, but so far has not done so.

Sacha: If we did have adequate criteria for brain death in newborns then more infants could be donors. If I recall correctly from previous reading neonatal deaths in the UK are about 8 in 1000 births – I don’t know how many births there are each day, month or year in order to do the maths but those 8 deaths could potentially save lives and significantly impact on the success rate in transplant statistics. This would help both very sick babies who need a transplant and as we can see from Teddy’s case adults too. But should we worry about pressure on parents to donate or to follow Teddy’s mother’s example and carry a child to term when his condition is incompatible with life?

Margot: Teddy’s parents knew of his condition from early pregnancy. When parents learn that a baby will not survive only when she is born, making an informed and considered decision will be especially taxing.  I wonder if most neonatal donations will be from babies born anencephaly or with other major brain abnormality diagnosed in pregnancy?

Lindsey & Sacha: The notion of continuing a pregnancy solely for the child to be a donor worries us a little.  Is using a neonate, like Teddy as a means to an end ethically correct? Might women who discover they are carrying an anencephalic baby come under pressure to carry the child to term? Neonatal organ donations would be great boon to other sick babies too small to receive adult organs and yet neonatal organs can help adults too.

Professor Margot Brazier, Sacha Waxman and Lindsey Hogg are members of the School’s Centre for Social Ethics and Policy. The Centre provides a series of online and face-to-face programmes for students, researchers and professionals.