On today, International Women’s Day, The School of Law’s Manchester International Law Centre (MILC) is proud to introduce the Women in International Law Network: The Olive Schill Society (WILNET). Founded by female researchers of MILC, this new platform aims to provide a professional community for women international lawyers at any
stage of their career to discuss both their experiences in- and pathways into- the field. We are a growing community of women from all walks of international law life – from academia, international organizations, non-governmental organizations, independent consultancy, private practice, governments, or education. MILC introduced its new Women in International Law Network: The Olive Schill Society (WILNET) on 1st February 2016, with a view to paying tribute to Olive B. Schill, at the launch of the digitised series of the Melland Schill lectures by Sir Michael Wood, Special Rapporteur of the United Nations International Law Commission, and former principal Legal Adviser to the Foreign and Commonwealth Office. 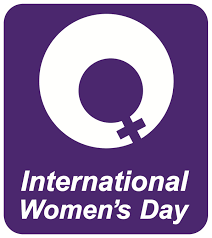 While many will have heard of Edward Melland Schill, his name and legacy preserved by the famous University of Manchester lecture series, his sister, Miss Olive B. Schill, whose bequest to the university funds the Melland Schill Lecture Series to this day, is forgotten. It is to her we dedicate this initiative, and take up the call to commemorate the lost or forgotten women who have helped shape the development of international law. With this in mind, please see our first contribution to this cause: a piece by Sara De Vido providing a short biography of Jane Addams, President of the International Congress of Women, and later the Women’s International League for Peace and Freedom, and her contribution to international law.

She was born in Cerdarville, Illinois, the eighth of nine children. Her father was a local political leader who served for sixteen years as a state senator and fought as an officer in the Civil War. Her father had many important friends, including President Abraham Lincoln.

Education: In 1881 Jane Addams graduated from the Rockford Female Seminary, the valedictorian of a class of seventeen; however, she was granted the bachelor’s degree only after the school became accredited the next year as Rockford College for Women. She then began the study of medicine but left it because of poor health. She managed to travel in Europe for twenty-one months, and then spent almost two years in reading and writing.

Career: At the age of twenty-seven, during a second tour to Europe with her friend Ellen G. Starr, she visited a settlement house, Toynbee Hall, in London’s East End. This visit convinced her to open a similar house in an underprivileged area of Chicago. In 1889 she and Miss Starr leased a large home built by Charles Hull at the corner of Halsted and Polk Streets. The two friends moved in, their purpose, as expressed later, being “to provide a center for a higher civic and social life; to institute and maintain educational and philanthropic enterprises and to investigate and improve the conditions in the industrial districts of Chicago”.  In 1905 she was appointed to Chicago’s Board of Education and subsequently became chairman of the School Management Committee; in 1908 she participated in the founding of the Chicago School of Civics and Philanthropy and in the next year became the first woman president of the National Conference of Charities and Corrections. In her own area of Chicago she led investigations on midwifery, narcotics consumption, milk supplies, and sanitary conditions. Her own aspiration was to rid the world of war; hence in 1906 she gave a course of lectures at the University of Wisconsin summer session, which she published the next year as a book, “Newer Ideals of Peace”. She advocated for peace in 1913 at a ceremony commemorating the building of the Peace Palace at The Hague. In the next two years, sponsored by the Carnegie Foundation, she spoke against America’s entry into the First World War. In January 1915, she was offered the chair of the Women’s Peace Party, an American organization, and four months later the presidency of the International Congress of Women convened at The Hague largely upon the initiative of Dr. Aletta Jacobs, a Dutch suffragist leader. When this congress later founded the organization called the Women’s International League for Peace and Freedom, Jane Addams served as president until 1929, as presiding officer of its six international conferences in those years, and as honorary president for the remainder of her life.

She publicly opposed America’s entry into the war, causing her to be expelled from the Daughters of the American Revolution. Nonetheless, she worked as an assistant to Herbert Hoover in providing relief supplies of food to the women and children of the en
emy nations, the story of which she told in her book “Peace and Bread in Time of War” (1922). 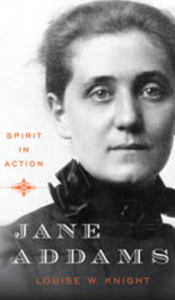 Interests and influences: Addams was a deeply committed pacifist and peace activist. She helped poor working class families and was interested in social issues.

Contributions to international law: Two main works contributed to international law: Newer Ideals for Peace, and Women at the Hague. Pacifism and resolution of disputes through arbitration were at the heart of her thinking. In the resolution adopted during the session of the International Congress of Women (28. April, 1. May 1915), chaired by Jane Addams, participants stressed the conditions of women during war, anticipating the evolution of jurisprudence and law after the Second World War: “[t]his International Congress of Women opposes the assumption that women can be protected under the conditions of modern warfare. It protests vehemently against the odious wrongs of which women are the victims in time of war, and especially against the horrible violation of women which attends all war”. They also emphasised the importance of the peaceful settlement of disputes, asking for the establishment of a permanent International Court of Justice as a development of The Hague Court of Arbitration “to settle questions or differences of a justiciable character, such as arise on the interpretation of treaty rights or of the law of nations”, and advocating universal disarmament.

Honours: In 1910 she received the first honorary degree ever awarded to a woman by Yale University. She was awarded the Nobel Prize on 10 December 1931 becoming the first American woman to do so. The Hull-House Museum serves to this day as a ‘dynamic memorial’ to her as a social reformer.

Learn more about the other Wonder Women of the University of Manchester we are celebrating today.

Sara De Vido is an Affiliate of the Manchester International Law Centre and Assistant professor of international law at Ca’ Foscari University of Venice.