The University of Manchester School of Law is delighted that Shami Chakrabarti will deliver the 2015 Pankhurst Lecture, and further to this has kindly offered her thoughts on the future for human rights to the blog.

My work at Liberty has been second only to motherhood as the joy and privilege of my life. Yet just as I never expected to find work that would be quite so rewarding, I never expected to have to make arguments against internment, kidnap and torture in freedom’s name, or for the retention and defence of universal human rights in principle in one of the oldest unbroken democracies on earth. For just as a belief in fundamental rights and freedoms is common in all areas of mainstream democratic politics, so it seems these days is their denial. 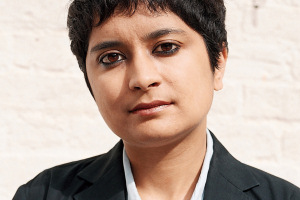 What are these fundamental rights, rules and values, enshrined into UK law in the Human Rights Act (HRA), that some find so difficult to stomach? What are the freedoms too often described as alien, unworkable and old-fashioned?

This so-called ‘criminals’ charter’ protects all of us. It provides our right to life and not to be tortured, enslaved or thrown into arbitrary detention. The right to a fair trial and respect for our private and family lives. Freedoms of conscience, speech and association are enshrined and, most importantly of all, equal treatment under the law for everyone, no matter how rich or poor, privileged or disenfranchised.

These ideas are neither selfish individualism nor the ‘political correctness’ that some label them, seeking to diminish their worth. Rather they provide safeguards for every civil and political sphere of our lives, from the intimate area of private thoughts and family life through to speech, expression and association with others.

The rights and freedoms I mention above are listed in the HRA and protected by this piece of special legislation. It is vital to remember that nearly all of them (the most obvious exceptions being protections from torture and slavery) need to be balanced against the rights and freedoms of other people. They can be proportionately interfered with if necessary for certain good reasons, such as public health and order, the prevention and detection of crime and national security.

So much inevitable balancing in the practical application of these fundamental rights and freedoms makes aspects of the HRA and European Convention on Human Rights (ECHR) especially important. Firstly, the HRA rightly allows the courts to strike down the unlawful acts and decision of local and central government administrations and ministers. This is something they were able to do under UK law long before the Act was passed. While it requires that legislation be read compatibly with human rights whenever that is possible, Parliament (as opposed to the government) retains the final word, even over the judiciary. Therefore rules and regulations over which government has near complete control and which are passed with very little parliamentary scrutiny may be struck down if contrary to human rights. But if the words of an Act of Parliament are too clearly incompatible with human rights, the senior judges may only make what the HRA describes as a ‘declaration of incompatibility’. This says that the Act of Parliament cannot possibly be reconciled with human rights. This is very powerful. It has moral, political and persuasive effect in any democracy that respects that rule of law. Despite this moral force, the bad legislation stays in place unless Parliament chooses to change it. 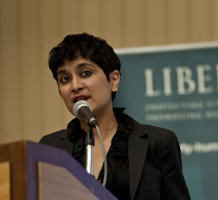 This seems to me to be a typical British constitutional compromise. It asserts human rights in the courtroom and parliamentary chamber, while recognizing that the sovereignty of Parliament remains the overarching principle of our system in the UK. The HRA also requires our courts to ‘take account of’ the decisions of the Strasbourg Human Rights Court rather than be bound by them. Contrary to the ignorant ranting of many a human rights sceptic, it expressly preserves our national as well as parliamentary sovereignty. I have been alarmed that this has not prevented successive Home Secretaries complaining about interfering ‘unelected judges’ impeding some of their decisions, especially in relation to deportation. However parliamentary sovereignty is not the same as the supremacy of the executive. Nor do we want it to be in any democratic system where the law binds and protects anyone alike and operates as a vital check on abuses of power.

In my experience, whatever our instinctive groans and grumbles from time to time, we all believe in human rights when we are considering our own rights, and those of people we love or ‘people like us’. It is when these rights apply to ‘others’ that there are problems. The principle of equal treatment under the law provides the solution. As Rabinder Singh QC (now Singh J) wrote, equal treatment imposes a legal discipline on democratic majorities who might otherwise make compromises and trade-offs in relation to the freedoms of disenfranchise minorities that the more powerful group would never tolerate for itself. Legal language calls it ‘non-discrimination’; we all know it as empathy. 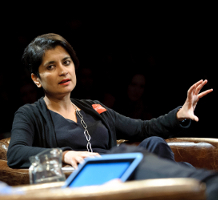 The idea of walking in another’s shoes and doing to others as we would have done to us is universal in all cultures of the world. It does not require a blind disregard for the greater good, but it does mean that no one should be completely excluded or thrown away. It also demands from us a modicum of respect for other people, even for those who have lost respect for others and themselves. It cannot be limited or rationed according to nationality. Replacing the HRA and ECHR with a British bill of rights is an attempt to redefine our fundamental rights as citizens’ privileges. This is nothing short of the road to Guantanamo Bay, where it has been regarded acceptable for US administrations to intern and mistreat foreign nationals offshore.

The world is shrinking and ever more interconnected. We have to decide whether to seek protection as human beings everywhere or live with the vulnerability of being foreigners in every country other than our own. I know which state of being I choose and in which direction I want my country to lead.

Shami Chakrabarti has been Director of Liberty (The National Council for Civil Liberties) since September 2003. A Barrister by background, she was called to the Bar in 1994 and worked as a lawyer in the Home Office from 1996 until 2001 for Governments of both persuasions. In February 2014 the University of Manchester was delighted to make her an Honorary Professor of Law. Her book ‘On Liberty‘ was published by Allen Lane in October 2014.