To stigmatise or not to stigmatise – Should we publicly identify possible carriers of MRSA (methicillin resistant staphylococcus aureus)?

Stigmatising somebody is a bad thing to do. It marks them out as ‘other’ and links them to negative stereotypes and characteristics, and may eventually lead to loss of social status and to discrimination. But some public health interventions have stigmatisation of individuals or groups as a likely side-effect, and some work partly by stigmatising people (e.g. some anti-smoking campaigns). Are such stigmatising interventions ethically acceptable, or should we expunge them from the public health armoury? 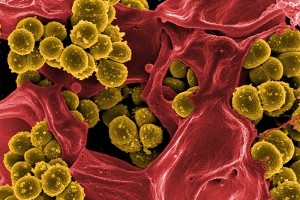 Let us look at a particular case  that I have  written about with my colleagues, Thomas Ploug and Mickey Gjerris. In Denmark a particular strain of methicillin resistant staphylococcus aureus (MRSA C398) is prevalent in pig production, so prevalent that it has even acquired a popular name in Danish: “Swine-MRSA”. The spread of MRSA is a public health problem because the bacteria are multi-resistant and very difficult to treat. It is therefore  important to keep them out of health care facilities where there are many vulnerable patients.  Persons who are identified as MRSA carriers and their families are asked to undergo eradication  treatment and to perform a very precisely described deep clean of their home. They are also asked  to inform health care professionals of their carrier status every time they use health care facilities.  However, the risk of spread of MRSA in everyday contacts between healthy strangers is very small.

In relation to swine-MRSA there is anecdotal evidence that people working in pig-production and their children have been informally excluded from social contact when it has become known that a particular pig-producer has MRSA in the herd. This raises an interesting ethical conundrum. Should public health authorities publish which pig producers have MRSA in their herds, and which that do not have MRSA?

On the one hand publishing these data is likely to lead to significant stigmatisation of a number of families. On the other hand if the data are not published all pig producers may experience a lower degree of stigmatisation. On what side of this stigmatisation dilemma should the public health authorities come down? 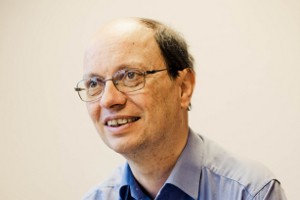 If stigmatising somebody is a prima facie wrong thing to do we need to analyse the possible justifications for stigmatising either deliberately or as a known side-effect of an intervention with a different goal. The only ethical framework that can justify stigmatisation without major contortions is consequentialism. From a consequentialist perspective stigmatisation of a person or a group as part of a public health intervention is legitimate iff it is a necessary part of an intervention that maximises (or Pareto-optimises) the net public health outcome. Seen from other ethical perspectives such as respect for autonomy or concern for dignity, deliberate or knowing stigmatisation is very difficult to defend.

The Danish public health authorities have chosen not to publish data on which pig producers have swine-MRSA in their herds. Are they right? Almost certainly if the anecdotal evidence of social shunning of the families of those believed to have swine-MRSA on their farms are true.

Søren Holm is a member of the School’s Centre for Social Ethics and Policy. The Centre provides a series of online and face-to-face programmes for students, researchers and professionals.