Will, Preferences, and the Danger of Confusing Wants and Needs – Some Thoughts on the UNCRPD

Paul Skowron reflects on one of the challenges presented by the UNCRPD. 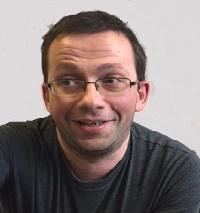 I want to focus here on a pernicious effect of this rhetorical move. Once there is no effective difference between ‘will’ and ‘preferences’, all human action is effectively reduced to satisfying desire; and once nothing is visible but desire, then it necessarily seems that if a decision is not made according to what the person decided for wants, it must be decided according to what someone else wants. It is the implication that there is a necessary connection between what someone wants and how they evaluate and respond to another person’s needs that is the target of this blog.

Here is an example. A nurse is working at night on a High Dependency Ward. There are three staff and six patients. One of the patients is obese, weighing over thirty stone. He is also profoundly septic, effectively immobile, and faecally incontinent several times a night without being aware of it. Any competent nurse will identify that this man is very likely to develop a pressure ulcer; and that if he does, then it is very unlikely to heal. For this reason, the man needs to be turned from side to side every few hours. This has nothing to do with what the nurse wants. He does not want the risk to his spine that turning this patient with only three staff will present, or to clean up faeces, or to disturb the man’s sleep repeatedly through the night. It could, of course, be suggested that the nurse wants to avoid the man getting a pressure sore; and that this outweighs his desire not to regularly turn the patient in the bed. There are, however two reasons that such a suggestion is wrongheaded.

The Undesirability of Desire

First, suggesting that the nurse’s desire for the patient to avoid the pressure ulcer somehow ‘outweighs’ his other desires is psychologically implausible. No nurse, at least after the first few years, spends much time consciously dwelling on the deeper ends of the routine nursing care that they are providing. No-one wants to engage in complex teleological reasoning at three in the morning. In contrast, however, they will consciously feel a desire not to injure their back, or not to wake up someone who just finally got to sleep for the first time in three days. So if a desire to avoid pressure ulcers motivates the nurse, then it’s a funny sort of desire: one that the nurse need never actually feel, but which somehow prevails over the desires that he does feel. This is exactly the sort of ‘mental mechanism’ that tended to make Wittgenstein suspicious.[2] There is no conscious evidence that the suggested desire exists; and an indefinite number of similar hidden desires could also explain the observed behaviour. For example, maybe the nurse unknowingly wants to be a good nurse, maybe he unknowingly wants to impress the other nurses, or maybe he unknowingly hates the patient and wants to disturb his sleep. There is no way to determine which of the indefinitely large set of  invisible desires the nurse actually has, so positing one produces no useful predictions about how he will act in future. In other words, these hidden desires are theoretically useless.

Talk of the nurse’s wants is useless, but it is also unnecessary. Practices of care do not need to rely on such brittle things as the carer’s desire. Being a carer, even one performing the tasks described in the example, can give pleasure: for example, the intrinsic pleasure of nurturing someone, or the pleasure of a job well done. Nevertheless, there is no particular need to ground the reasons why someone acts in pleasure. Instead of pleasure, a chain of reasons can end in a reason of ‘fit’.[3] This is a reason such as ‘I do X because I am a Y, and X’ing is what Y’s do’. For example, I turn the man so that he doesn’t get a pressure ulcer, and I take action to avoid pressure ulcers to protect his health, and I protect his health because I am his nurse and that is what a nurse does. This last clause ends the chain of reasons. We can ask why I am a nurse, but any answers to that question explain only why I am in the role; not what I do in the role. If the chain of reasons can be grounded in this way, though, then the reasons for the nurse’s action exist in the established social practice of nursing, not in his own desires. In other words, a need can be appropriately identified and responded to despite what the carer wants.

None of this supports the idea that those supported can always trust the judgment of the supporter. The argument, which I take to underlie the Committee’s position, that it is almost always the person concerned, not a professional or other supporter, who is best placed to assess their own needs is important. It is, however, weakened by flattening ‘rights, will and preference’ into wants. As Anscombe points out, ‘it is possible not to want something that you judge you need’.[4] In other words, people can identify and respond to their own needs despite what they might want. This sort of self-control is a basic moral power; and it is surely closer to the spirit of the Convention to affirm that persons with disabilities have this ability, than it is to pretend that the ability isn’t important.

Paul Skowron is a member of the Centre for Social Ethics and Policy at the University of Manchester.  The Centre provides a series of online and face-to-face programmes for students, researchers and professionals.