Our latest blog post compares international responses to corporal punishment and highlights the complexities of what many perceive as simply a two-sided debate.

On the 3 June, Yamato Tanooka, a 7 year-old Japanese boy, was found in a military shelter after six nights missing in dense forest.  Yamato’s parents decided to leave him alone in the forest as a punishment for throwing rocks on a family day out. His father admitted they “went too far” and apologised.

Yamato’s stern and many would argue disproportionate and irresponsible punishment has sparked debate in Japan and around the world about what is appropriate punishment of children.

The Global Initiative to End All Corporal Punishment of Children calls for the repeal of the legal defence for the use of corporal punishment in Japan. It also requires the enactment of a prohibition of all corporal punishment and other cruel or degrading forms of punishment. There are no signs that Japan is going to adopt a total ban any time soon. However, Yamato’s story and the debate it sparked may well be the beginning of Japan’s journey towards a total ban. Before considering any legislation to bring about such a ban, it is worth looking at other countries that have imposed this ban and the effect it has had.

Sweden is the best candidate for this purpose. Sweden was the first country in the world to introduce a ban in 1979. Sweden is often used as an example both by those advocating a ban, but sometimes used by those arguing against banning physical punishment in other countries.

The overall aim of the Swedish ban was to make clear that children should be raised without violence of any kind in order to change attitudes and thereby prevent all forms of violence against children. It was explicitly emphasised that the aim was not to criminalise parents. Instead, the ban had proactive and educational goals.

Attitudes have also changed significantly in Sweden since the ban. From a situation in the 1960s when 50% of Swedish parents supported corporal punishment, more than 90 % of parents today are against the use of corporal punishment. 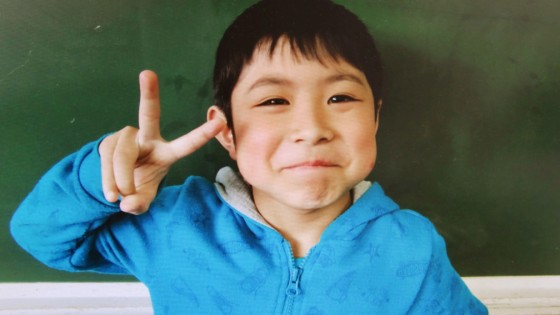 Commentators have argued that Yamato’s story reflects Japan’s attitude on discipline which is very much inclined to abuse. The BBC reported that Naoki Ogi, a Japanese pedagogy expert “condemned the parents outright, saying this was neglect and abuse. He also noted and criticised how many parents in Japan tend to see their children as their personal possessions.” A proactive ban in Japan could potentially lead to a change of attitude and reduction of the use of corporal punishment as it did in Sweden.

After Yamato was found, the Police stated his parents will not be prosecuted for child neglect despite some calls from the public.[1] In Sweden, a father was convicted for threatening to leave his child in the forest with wild animals so it is likely that a case like Yamato’s would have resulted in a prosecution.

The zero tolerance policy has triggered an increase in the number of cases being reported to the police. This is an interesting development as the aim was never to criminalise. However, research from the beginning of the 2000s shows that the rate of prosecution in Sweden is only 15 percent in cases of suspected assault on children and convictions only occur when there is clear evidence of physical injuries. It might be that this is about to change as there seems to be a trend to prosecute also “milder forms” of assault, but up until now it has been the same types of cases that were prosecuted in previous decades before the shift in attitudes. Thus, looking at the Swedish experience, a total ban in Japan would not guarantee that more parents would be prosecuted as is the case in Sweden.

Sweden is facing the challenge of an increase of reports to the police and the difficulties in how to handle them. Swedish society should ask itself if it takes crimes against children seriously when cases are not investigated properly and are not being prosecuted; and whether parents should be convicted for using physical punishment against their children. Should the focus be on reactive measures which hold parents responsible, proactive support, or both? What signals are sent if parents being violent against their children are not held responsible? On the other hand, will parents ask for help if they are afraid of being reported and prosecuted?

Mitsuko Tateishi, an educator who has written a book asking mothers to relax, has claimed that parents in Japan are falling into the traps of what she calls enormous ”good-mom pressures” such as raising successful children who need to be compared to others. This, of course, includes being seen as able to control their children’s behaviour. This sometimes results in measures that include corporal punishment or denigrating treatment. 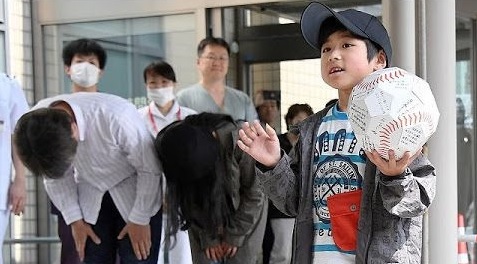 In Sweden, a risk with the zero tolerance on physical punishment and violence might be that it in fact has created a situation in which violence against children is not discussed on an individual level. There are studies indicating that parents do not want to talk to professionals about their parental failures and professionals are not asking questions about violence even when there are clear risk factors. Could the stigmatisation have created a taboo? A complete Japanese ban could well change the way that parents respond to social pressures from openly punishing their children to taking the practice underground and refusing to talk about it.

Finding the right balance to protect children from harm is a challenging exercise for any government and legal system. Here in the UK, a recent ruling from the Supreme Court rejecting Scotland’s Named Person scheme, a procedure in which the system would appoint a named person to safeguard children’s wellbeing, shows the intricacies of regulating in order to ensure children’s welfare.

Countries such as Japan and the UK can learn from the Swedish case. The positive outcomes have been the changes in attitudes and an actual reduction in corporal punishment. However, there are still many challenges to overcome and to learn from.

This post is inspired by a presentation recently given by Pernilla Leviner* on the topic ‘the Swedish Ban on Physical Punishment of Children –implications, effects and challenges’ at the Manchester Centre for Regulation, Governance and Public Law (blog post assisted by Hellen Parra-Florez).